Husband or Wife Ignoring Divorce Petition – What to Do next

Divorce isn’t always a mutual agreement. Sometimes a husband or wife won’t want the divorce, either because they wish to stay married or they simply don’t want to pay for the divorce and give up part of their money or income in the proceedings. If the other party still wants a divorce, things can get tricky and cause your spouse to continue ignoring the divorce petition.

The first step is to use a process server to deliver the divorce papers to your spouse. Doing so demonstrates that you are willing to do what it takes to ensure the divorce is finalised and reduces the changes of your spouse ignoring the divorce petition.

Getting the divorce petition served by a professional process server is likely to avoid a game of cat and mouse and reduces the risk of any hold ups.

It will be impossible for your spouse to claim they haven’t received it and ignoring the divorce petition, as there will be an affidavit or witness statement to prove the service of process of the divorce papers. Official serving of the correct papers doesn’t force your spouse to sign the paperwork and return it to the court, though.

If the divorce petition isn’t returned then you need to apply to the court for the next stage of proceedings.

The only way to proceed with a divorce when one of the involved parties is refusing to sign papers is by applying for a court order. The court order asks that the petition for divorce be “deemed to have been served”. In this scenario you would need to deliver your petition to the courts, along with a statement explaining why you believe that such an order should be passed.

A judge may determine that you need to provide more evidence to show that you have tried to deliver the papers to your spouse and they are ignoring the divorce petition.

If you have delivered the papers yourself, in person or by mail, and your spouse is simply ignoring them, this can be tough. If you have text messages or other written documents proving in which your spouse says that they are ignoring the documents or refusing to sign them, you may be able to provide these documents to the judge as proof.

All of this can usually be avoided by hiring a process server in the UK to serve the divorce petition. 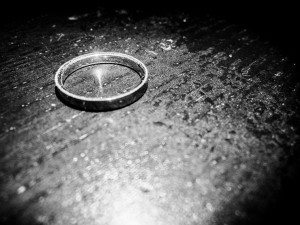 If you have a private process server deliver divorce papers to your spouse and he or she still ignores them, you must wait a period of seven days before you can file for a Decree Nisi. You can apply on the basis that you have a certificate of service from the process server, which proves to the court that the divorce petition has been served to the intended recipient. The process server will provide an affidavit (sworn under oath) or  a witness statement as testimony to the court that the paperwork has been served.

There are several special circumstances that can prevent any of the above options from happening. For instance, if you and your spouse have been separated for more than two years, simply having proof that the divorce petition was signed isn’t enough. You’ll need their actual, written agreement to the divorce terms.
Additionally, if your reason for divorce is adultery, the same rule applies, unless you can prove that adultery occurred. This often requires having your spouse submit a ‘Confession Statement’ admitting to having cheated, which isn’t likely to be easy to obtain.

Spouse: Husband or wife
Affidavit: A written statement under oath
Notice: The formal legal process informing legal action or processes involving that spouse
Petition: A legal paper that starts the case
Petitioner: The spouse who filed the divorce petition
Respondent: A party against whom a petition is filed
Judgement: A court’s decision
Process Server: Will hand deliver divorce petition, court injunctions, writs and notices to respondents