Sitting next to many TV’s across the UK is a small box, similar to a broadband router in appearance, but hugely different in actual performance. To people that know, this small yet powerful product can stream all manner of TV channels for minimal cost to the user, or in most cases, totally free. Great, eh? Well, not if you’re doing it illegally.

Improper use of your Kodi or Android box could land you with a court summons, leading to a far bigger bill or a jail sentence. If you want to avoid breaking the law, read on.

What is a Kodi / Android Box?

An Android or Kodi TV box connects to a TV and the Wi-Fi. It enables the user to ‘stream’ live TV via a plethora of streaming apps. The streaming app is downloaded to the Android box via Wi-Fi and can be used on a variety of devices including TV, Laptops and Amazon Fire Sticks. 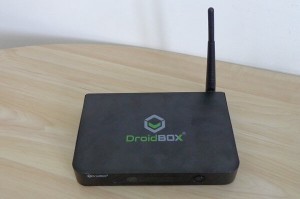 Android & Kodi boxes are proving a hugely popular way of streaming live sports events including pay-per-view, with unsuspecting viewers saving hundreds of pounds over the course of a year. It can cost £20-30 to add your favourite sports channels to your TV package, but that’s still a fraction of the £1,000+ it costs to watch your favourite Premier League team just play its home games live this season.

Streaming subscription based sports channels for free, such as Sky Sports, is illegal.

There’s no doubt that some customers of the big TV channel providers such as Sky, BT and Virgin are feeling the pinch (and possibly a sense of injustice having to pay so much to watch premium TV channels). However, one thing that influences the prices is the companies themselves have to pay huge fees to actually show the events or films themselves. The Premier League is reported to have cost TV companies more than £8billion in TV rights alone. Streaming such content for free and illegally could earn you a court summons sooner or later.

The price of a Kodi Android box varies, but most start at just £30-40 and a more sophisticated version is usually less than £100. You can purchase the boxes from many big retailers. Ruling out the suspicion of buyers that any aspect of the use of the boxes could be illegal.

Currently, the devices themselves are totally legal, as is the software that comes with it when you purchase the device from a reputable retailer. It’s the additional software, available on the black market or pre-loaded via rogue sellers of the Android boxes themselves, that can provide legal ramifications for users. 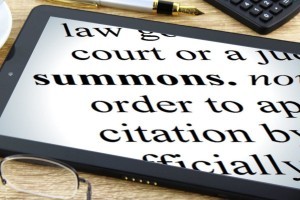 Mr Terry O’Reilly, a supplier of IPTV and Android-type boxes was recently jailed for four years. The case was brought against him and another man by The Premier League, as the men were selling pre-loaded with software that facilitated the streaming and piracy of broadcasting Premier League football on unauthorised foreign channels. The men were both convicted for Conspiracy to Defraud, following a significant investigation by the City of London Police.

Although the men clearly had more understanding of the boxes than some unsuspecting members of the public would have, naivety is not a defence of the law. It is likely that stricter and clearer rules on the use of Android boxes will be released this year, as their popularity continues to increase.

A more recent case involving Brian Thompson from Middlesbrough is ongoing, and could affect the future law and use of Kodi Android boxes within the UK. Thompson has already entered not guilty pleas, and a trial is expected to start before a judge on May 8th 2017.

Thankfully, there are plenty of add-on apps for your Kodi and Android boxes that are currently perfectly legal and won’t lead to a court summons. This guide from Which provides recommendations on the type of apps to use, while also recommending to steer clear of any apps that allow you access to premium movies (new releases) and subcription-TV / Sports Channels for free. If this is the case, treat it as a red flag to keep on the right side of the law. After all, you don’t want a visit   from the Process Server.