When the term non-molestation order is heard many people are confused to its meaning and certainly don’t know how to go about getting one served legally. We’re here to help…

A non-molestation order is the most common emergency injunction to forbid someone acting in a particular way. It is designed to provide protection from a domestic abuser. It is a civil court order carrying the power of arrest. A penalty for breaking the non-molestation order can carry a sentence of up to five years in prison. It acts as a powerful measure to prevent abuse now and in the future.

As the largest server of non-molestation orders in the UK we know the terrifying, sad, controlling, dangerous and long-lasting effects of domestic abuse. A successfully served court order against the perpetrator of domestic abuse can genuinely improve and even save lives.

When the term domestic abuse is mentioned, violence immediately springs to mind. This isn’t the only thing that constitutes abuse.

Domestic abuse is a pattern of abusive behaviour in a relationship that is used by one partner to gain or maintain power and control over another intimate partner. Domestic violence also has several different connotations. It can be physical, sexual, emotional, economic or psychological actions or threats of actions that influence another person. 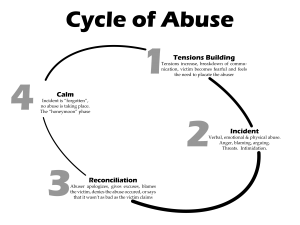 When a non-molestation order can be used

A non-molestation order can be used against someone that you are associated with in one of the following ways:

• By marriage, civil partnership or engaged to be married or were married or were going to enter into a civil partnership.
• You are or were living with as husband and wife including same sex relationships
•  A family member or relation.
•  Someone you have a child with or someone who has had parental responsibility for your child.
• Someone you have had an intimate relationship with for a significant period of time.

Enforcement of a non-molestation order

The non-molesation court order must be ‘served’ on the abuser once the court has granted the order and the abuser it not present at court. The order must be ‘served’ to the abuser for it to be enforced, with a copy being provided to the local police so they are aware of its existence. A professional process server will serve your documents in accordance with the law and provide a positive chance of successfully delivering the court documents.

If someone you know is a victim of abuse, it can be a difficult situation to approach. Your first instinct may be to report the abuse, thinking it will help. This may not always be the case, and can in fact may make some situations worse and place someone in further danger. For more information on helping someone you know escape domestic abuse contact the National Centre For Domestic Violence (NCDV).

If you are considering applying for a non-molestation order we recommend speaking to a professional family solicitor in the first instance. There is also a lot of other free and confidential support for the victims of domestic abuse. We have included the links below to the UK Government website and the NHS. Both offer free and confidential assistance for victims.

Writer’s Bio: Lewis Murawski is a Director of Kahootz Media. He has been ranking websites on the first page of Google for more than 10 years. Connect with Lewis on LinkedIn.