‘Tis The Season To Get Divorced: Divorce Day 2017 Looms

Monday’s…… They’re bad enough at the best of times, let alone the first Monday in January.

There’s something about January and February in the UK that means most people struggle to see the light at the end of the tunnel, more so than a usual Monday. Perhaps it’s the fact that the next ‘big date’ in the diary is Valentine’s Day on February 14th, or the fact the weather is, usually, pretty miserable. Others may have a guilty complex due to eating, drinking and shopping at unusually high amounts over the Christmas period – with the astronomical credit card bills to prove it. Whatever the reason, getting back to the daily grind is a necessity, albeit not a welcome one for the majority of people.
There can be more problems for individuals and families to overcome at the start of each year, but surely this doesn’t mean we’ll all be rushing off to court to file for a divorce. Or maybe it does…
You may or may not be surprised to hear that the first working Monday in January is consistently THE most popular day for drawing the line in the sand in an unhappy marriage. But why?

Make Or Break A Marriage

One logical reason for the huge increases in divorce petitions on the first Monday in January is that couples who have been planning to separate have waited until after Christmas and New Year before filing for divorce. Perhaps they’ve tried to keep it together for the kids, or to see for themselves how things go over a period that should bring some happiness. The festive period truly can make or break some relationships. Extra time is spent with spouses and extended family. Inevitably, this can bring some people together, or in other cases prize them further apart, and closer to the divorce court. 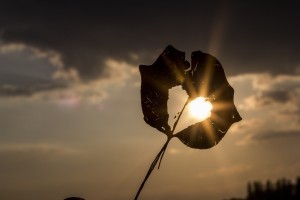 Did you know?
One in five married couples consider separating from their partners after the festive period, despite trying to remain together at the time, according to a poll of 2,000 spouses by legal firm Irwin Mitchell

Is Divorce Too Easy?

In a move that could affect future divorce rates, late in November 2016 MPs were pressed to introduce
‘No Fault’ Divorce . With a majority of legal professionals present arguing that current legislations and finger pointing led to an encouragement for issuing blame and further adding to the strain of a difficult divorce process. An astonishing 90% of members from Resolution, a family law organisation, expressed their support for change in favour of no fault divorce. It’s hard to dispute the fact that the system is proving outdated, although the other side of the argument is that divorce should not be deemed any easier to achieve than it currently is.

42% Of Marriages End In Divorce

Are you sitting comfortably? In an article we published earlier in the year we highlighted the shocking statistic that more than 42% of marriages end in divorce in the UK (Source, Office for National Statistics). We also looked at the main reasons for divorce in the UK. The legal grounds for getting a divorce in the UK consist of five main reasons. The UK Courts call these ‘facts’. Some divorcing couples we’ve spoken to claim they have felt forced into ‘making reasons up’ which further added to the strain of the separation.

‘Tis The Season To Get Divorced

Currently, couples in the UK can file for divorce after separation following just one day apart. In Australia, the requirements for divorce are different. Demonstrating that the marriage has irretrievably broken down by 12 months of separation as evidence is sufficient. Experience and logic proves that us as human beings can behave irrationally or make decisions we later regret when under extreme stress or emotion. So will no fault divorce actually increase divorce rates? Or will it lead to more couples seeking the help of mediators to assist them with their problems?
Common sense would indicate that if there’s a tangible link between the typically most depressing and stressful time in the UK for some people, and divorce applications, that something should be done to address the issue, such as limitations on when divorce petitions can be filed.

Writer’s Bio: Lewis Murawski is the marketing and business development manager at Diem Legal and Managing Director of Kahootz Media. Need professional help with digital marketing? You can connect with Lewis directly on LinkedIn