Domestic abuse is becoming a huge problem in the UK. The Office for National Statistics states that approximately 20.5% of people between the ages of 16 and 59 have been the victim of domestic abuse at some point – that equates to just under 7 million people. Those figures are quite astounding and it is clear that it is an issue that needs to be addressed. One of the main problems with domestic abuse (aside from the physical and mental harm itself) is actually reporting the abuse in a safe manner.

In an attempt to give hope to those suffering at the hand of a violent partner, the telecommunications company Vodafone have launched a smartphone app that allows users to directly report domestic abuse. This article looks at how this app works, why it’s difficult to report domestic abuse in the first place, and how this development could aid people in the future.

Why is Reporting Domestic Abuse so Difficult?

For many, actually building up the courage to report the abuse is a huge hurdle – one that they sometimes simply can’t overcome. An individual may simply be too scared and hurt to take action and try to get help. Furthermore, the individual may not be aware of the ways in which they can actually get help and support. We have to realize that domestic abuse is a terrible act but as it involves someone you love, to actually report them and try to gain help takes a monumental effort. What if the abuser finds out? What if they lose control? This is why a discrete app such as the one Vodafone have launched could be a true game changer for those suffering. 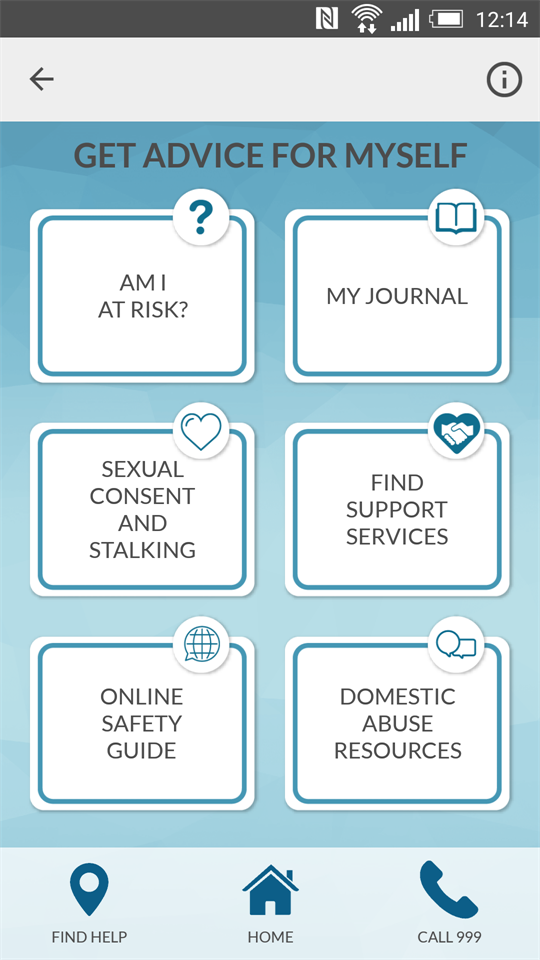 Images with thanks: Geeky Gadgets & Hestia

What is This New Domestic Abuse App and How Will it Work?

The new app launched by Vodafone is known as Bright Sky and is free to download on Android and iOS devices. This app is solely available to help people suffering from domestic abuse and to give them a ray of hope in an otherwise dark and desperate situation. This app has the following features:

– Allows users to log incidents of domestic abuse in a journal
– Allows users to record incidents using text, audio, photos or video
– Provides support to those suffering domestic abuse
– Provides additional information such as contact numbers and guides
– Provides a directory of support numbers and helplines
– Provides information to give friends help if they are suffering abuse
– Variety of questionnaires to help assess your relationship and abuse
– Available in English, Punjabi, Polish and Urdu

As you can see, this app is groundbreaking and really does have a great deal to offer in terms of support, and reporting. A user can simply install this app discretely and use it to help them report domestic abuse and get help.

As an extra security measure, the logs that a user creates in the personal journal are not stored on the smartphone, therefore, they cannot be accessed by their partner. All you have to do is simply use a discrete email address that your partner is unaware of and there should be no traceability. Furthermore, Bright Sky is designed to be used by professionals and practitioners to give them information on how to deal with a domestic abuse case.

The app was developed by a company called Hestia (who are an anti-domestic abuse organisation) in conjunction with Vodafone’s charity, The Vodafone Foundation. A huge amount of research and thought has been put into this app and it will hopefully yield superb results for those who cannot find a way to report domestic abuse. What makes this app even more groundbreaking is the fact that the UK government has actually praised it – they understand the need to improve domestic abuse reporting and have stated that more products such as Bright Sky should be developed.

Positive Steps In The Right Direction

In the immediate future, the Bright Sky app by Vodafone offers hope to those suffering from domestic abuse. Although this is just one app, the way that it has been developed, and the extensive and useful content that it contains mean that it can have a big impact. It offers the abused a chance to learn more about what they can do to gain support, and it also gives them an outlet to record their abuse and do something to change their situation.

In the distant future, the Bright Sky app will hopefully pave the way for similar developments from other businesses and charities. This app has already been highly praised and seen huge success, therefore, it stands to reason that other developers and prestigious companies may follow suit. Hopefully, we should see more domestic abuse reporting apps in development, and as more companies get on board, the technology of these apps should improve too. Basically, this single app from Vodafone should open up a whole new world of possibilities and bring even more hope to those who are demoralized by domestic abuse.

Furthermore, this should also hopefully bring additional support from the government and make more people and organisations aware of the severity of domestic abuse.