The Divorce of a Missing Ex – Process Server Weekly Update 5

This week we received the divorce petition with a twist. The applicant had been trying to serve divorce papers on her ex for the last two months. Sadly, with no joy. The lady in question hadn’t had contact with her partner (ex) since the breakdown of the relationship some years ago.

The process server she had been previously using was not giving her stage advice. After each three attempts at not being able to serve the documents upon her former partner, they were asking her to reinstruct them at an additional fee. They were then continuing service (or attempted service) on that address despite not being able to confirm the address that her ex partner lived at.

The court date was imminent and the client was understandably looking for a resolution. Wax Jacket initially started as advice only, but we were soon instructed to carry out the job of completing this unfinished task. So what would we do?

We had a conversation about best practice and if the previous servers hadn’t had a response from the address provided, the chances are we would have the same result. We explained that in the first instance we should carry out a trace. Following successful trace, we could then attempt a serve.

Rather than continue knocking on the same address and take the client’s money, we decided that it was only fair to carry out a field trace and located a credit agency link to another address in the same city. Within 24 hours we were able to return a positive trace result to the client. It’s not always that quick, but we had some information to go on and prioritised the case.

Our local process server attended the newly traced address, and we subsequently discovered the subject had been living there for the past six months. Result.

The papers were served, a statement was written. Just one more job, and that was to inform the client of the good news. She could continue with divorce proceedings.

Here at Wax Jacket we pride ourselves on providing unparalleled service. Our client gave us the best compliment we could ever receive. She said “you’ve taken the pain away”. For us those five simple words make us proud, and it’s another important reason we love our job. 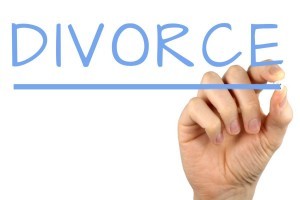 Dispense With the Service of Divorce Petition

As an aside, it’s worth noting that from the beginning, you can divorce or end your civil partnership if you don’t know where your partner is, or they are presumed dead. You can do this by filling in the relevant forms and paying court fees that are currently £550. The courts will let you know if the petition has returned unopened.

If it is returned unopened, then you will need to show them that you’ve done everything you can to find your ex partner. This will include, but is not limited to, contacting their friends, relatives, last known employers, bank or building society, trade union or professional organisation.

If you are still unable to find them, then you have to fill in the statement to dispense with the service of divorce petition.

In the case of you having a lead to an address where you think your ex is, a professional process server will be able to attend and serve the papers on your behalf. If the process server is unable to serve the documents, or indeed gain evidence to prove the ex partner is living at the address, it’s recommended that a trace is carried out to confirm the address or find a new address of the subject. This could save you money and reduce the lifecycle of the case.

It is also worth noting that if your ex partner is presumed dead and you have the sufficient evidence that your partner has indeed died you can end the marriage using a form D8D. You will not be required to send the divorce petition but the fee attached to this process is £365.